It seems like just yesterday I was starting my business all by myself, with nothing but a flip or two under my built. But in fact, that was a decade ago. This year, Marnie Custom Homes is celebrating 10 years in business, and when I think back on where I began and where I am now, I almost can’t believe it. I’ve learned so much, and my company and I have changed drastically over the last 10 years. But there are a few things that have remained the same: a commitment to quality, craftsmanship, sustainability, and integrity, and a dedication to satisfying and exceeding the wants and needs of our amazing clients.

In honor of my one decade (!!) in business, I’m looking back on the top five moments that defined my career (even if I didn’t realize it at the time), how those moments shaped who I am, and what we can all – entrepreneur or not – learn from them.

A few years after college, after studying the local real estate market in Bethany Beach, learning the trends, and picking up some insight from working in a realtor’s office, I decided that it was time for me to jump into homeownership myself. I knew I wanted a home near the beach, but even after two years of scrimping and saving, all I could afford was a dumpy A-frame that was way past its prime (seriously, calling this place a fixer-upper would be kind). But, against the advice of family and friends, I bought the home and fixed it up with my own two hands over the next nine months. I went on to sell that home for a six-figure profit.

WHAT I LEARNED: Don’t be afraid to dive into the deep end. There were a million ways that buying a home and renovating it myself could have backfired. If I had dwelled on any one of them for too long, this opportunity would have passed me by and my life may have turned out drastically different. Allowing yourself to be crippled by fear and self-doubt is the kryptonite of success. There’s a difference between risk and calculated risk. Think, research, and plan, but don’t forget the most important step – doing. Opportunities are always knocking, but they don’t linger for long. 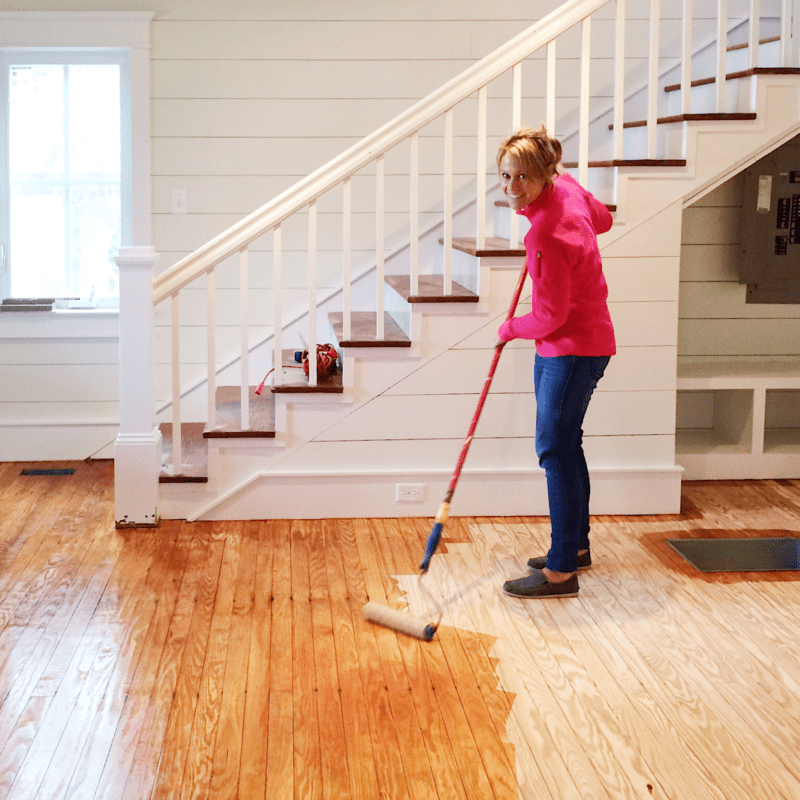 The first time I was approached to build a home, I wasn’t thinking about ever doing it for anyone but myself. The idea of a going into business as a homebuilder really hadn’t crossed my mind. But after flipping a couple homes, I caught the bug and decided to give the whole thing a whirl. I located the people who had first approached me and begged them to let me bid on their project. After refusing to take no for an answer, they finally relented… and I went on to get the job. That one job is what kickstarted my entire company, and though I didn’t know it at the time, it would lead me into so many life-changing experiences.

WHAT I LEARNED: Big dreams start with small steps. Too often, we only focus on the end goal only – the ultimate vision, the master plan. But that kind of thinking can sometimes be self-destructive. It seems too difficult, impossible even, to go from where we are today to where we eventually want to be, so we give up before we even start. Most successful people (not just in business, but in anything!) didn’t get to where they are overnight. Big plans are comprised of lots of tiny moves. If you focus only on the rung right in front of you, you’ll make your way to the top of the ladder before you know it. 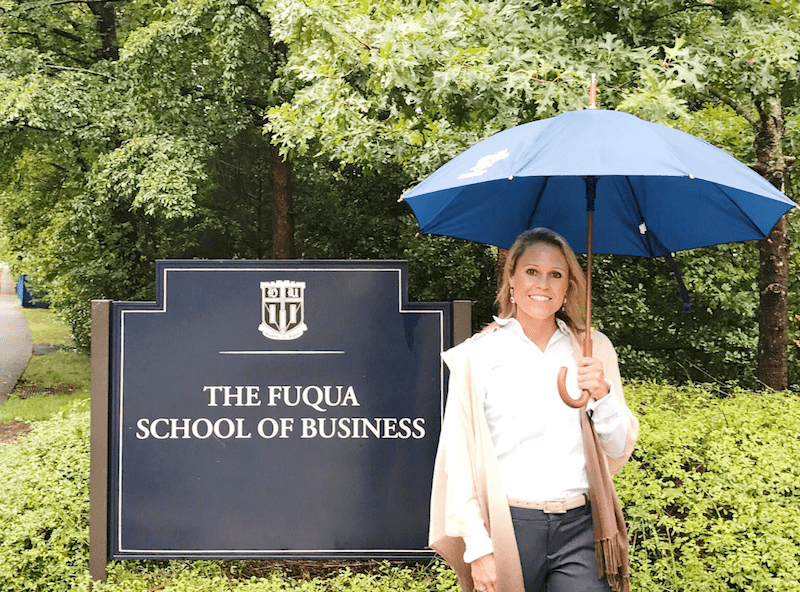 A few years later, business was booming. I was winning awards and honors, I built the first LEED-certified house in Delaware, and Marnie Custom Homes was thriving in ways I never expected. As a result, my clientele was changing with my business. Many of the homeowners I worked with were CEOs, CFOs, and men and women who had built vast, hugely successful companies. I wanted to be able to speak their language, as well as more deeply understand my own business, so I decided to pursue my MBA. I applied and was accepted into Duke’s Fuqua School of Business, and graduated in 2013. The time I spent there was invaluable on both a personal and professional level, and although it was one of the most difficult times in my life, it was worth every sleepless night.

WHAT I LEARNED: You’re never too far along in your life or your career to continue learning. When I decided to pursue my MBA, people thought I was nuts. They didn’t understand the point of more education when I already had a successful career. But to me, learning isn’t only about a job – it’s about becoming your best self. Whether it’s another degree, a weekend workshop, or a chance to observe a master of their craft, never pass up the opportunity to learn.

Until about a few years ago, Marnie Custom Homes was a team of one. I had trusted contractors and workers, but at the end of the day I was responsible for only myself. But you can only take a business of one so far. Eventually, I felt myself being spread too thin, and I feared that it would interfere with my ability to do my job and do it well. It was time to hire and delegate. I now have a full team working alongside me, including a treasurer, Diane; Jon, our Construction Manager; a Selections Coordinator, Kelly; and Operations Manager, Tommy. Each fulfills a role that together forms a whole that is greater than the sum of its parts. As a result, I’ve freed up headspace and valuable time to dedicate to what I love most – designing and building my clients’ dream beach homes.

WHAT I LEARNED: It takes a village. Marnie Custom Homes was – and still is – my baby. I’ve poured my blood, sweat, and tears (literally, all those things) into building this company from the ground up. Naturally, giving up some of the control to other people was terrifying (not to mention the added pressure of having other people relying on me for a paycheck). But what building a team showed me is that it truly takes a village to raise a baby (even a metaphorical one). And although the process may not always be pretty, it’s always worth it. 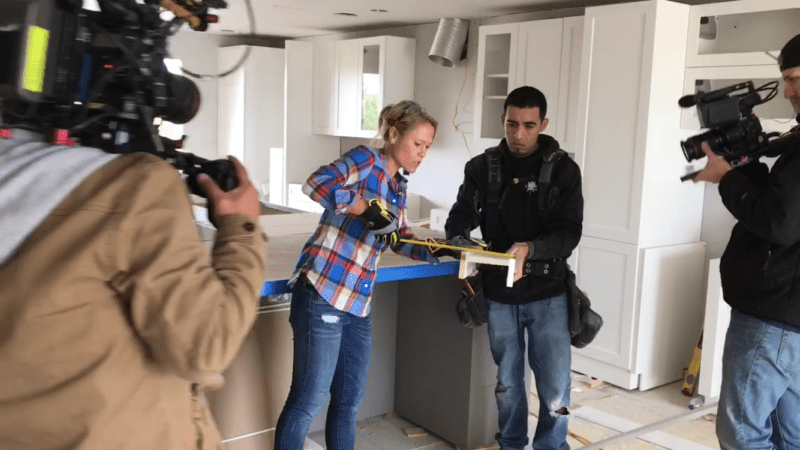 5. LANDING MY OWN TV SHOW

Never in my wildest dreams did I ever think I would be on TV. But, as I’ve learned many times over, it’s often life’s most unexpected paths that lead us to the most exciting destinations. So in 2015, when Scripps Network asked me to film a pilot for Big Beach Builds, I nearly jumped out of my skin with excitement… and fear. Being in front of a camera, and eventually on millions of television screens, is incredibly intimidating. I was so nervous leading up to that first shoot day, that I almost backed out about a hundred times. But I’m so glad that I didn’t. Big Beach Builds was a life-changing experience. It was incredibly fun, incredibly challenging, and incredibly rewarding, and I wouldn’t have connected with many of you without it. And hopefully it’s something I’ll get to do again (and again, and again…).

WHAT I LEARNED: Growth and comfort do not coexist. Comfort is a wonderful thing – for a home. For a life? Not so much. Not all the time. Life was more or less comfortable for me before the show came along. But I wasn’t growing as person, and for me, that’s an essential part of happiness. If I had let my unease about stepping outside my comfort zone – the fear of the unknown – win out, I would have missed out on one of the most defining moments of them all: the moment I realized that life isn’t a complete, finished picture; it’s an ever-changing, ever-evolving journey. You can sit back and watch from the comfort of your couch, or you can suit up, buckle down, and hang on tight for the ride a lifetime.

To 10 more years of living and learning,